Salicylic acid is one of acne’s biggest enemies. You grab for a product with it the second you see a zit invading your face. You slather it on a pimple at night and oftentimes in the morning your pimple is dried up and way less noticeable. But what exactly does salicylic acid do, and what kind of acne is it best for? We asked two top dermatologists and a cosmetic chemist to break down how salicylic acid works and why it’s such a popular choice for getting rid of breakouts.

Salicylic acid is a beta hydroxy acid, which makes it great at attacking pimples.

It’s a little complicated, but the exact structure of salicylic acid is important in explaining why it works so well. “Salicylic acid is a beta hydroxy acid, which means the hydroxy part of the molecule is separated from the acid part by two carbon atoms, as opposed to an alpha hydroxy acid where they’re separated by one carbon atom,” says Randy Schueller, a cosmetic chemist in Chicago. Are you still with us? Good, because this is where it gets fun. “This structure is important because it makes salicylic acid more oil soluble so it can penetrate into the pores of the skin,” says Schueller.

It works by attacking your skin’s “glue.”

“Once it has penetrated the skin, the acid part of the molecule can dissolve some of the intercellular ‘glue’ that holds skin cells together,” says Schueller. In contrast, alpha hydroxy acids end up just exfoliating your skin when they touch the surface.

Speaking of exfoliation, salicylic acid is also a pro at that.

Salicylic acid is considered a keratolytic medication, which means that it’s perfect for supreme exfoliation. “Keratolytic medications cause softening and sloughing of the top layer of skin cells,” says Rachel Nazarian, a dermatologist in New York City. Salicylic acid also loosens and breaks apart desmosomes (attachments between cells in the outer layer of skin). “This ‘desmolytic’ action encourages exfoliation of skin and unclogging of pores,” says Sue Ann Wee, a dermatologist in New York City. “One thought etiology of acne is that the skin cells do not behave normally, and rather than sloughing off through a healthy skin cell cycle, they stick together and clog the pores, creating cysts and blackheads,” says Nazarian. “Salicylic acid aids in removing and loosening these skin cells and helps to dissolve the blackheads.”

It can even give your skin cells a deep cleaning.

“Salicylic acid works by loosening and breaking apart desmosomes [attachments between cells in the outer layers of the skin]. This action encourages exfoliation of skin and unclogging of pores. This acid is also lipophillic, which means it can penetrate oily skin and clogged pores, resulting in a deep cleaning. Salicylic acid can reduce sebum secretion, which is another way it can help reduce acne. Lastly, it’s also an anti-inflammatory, which can help calm inflamed acne,” says Wee.

Salicylic acid works best on blackheads and whiteheads, not so much on cystic acne.

Schueller says there are three factors that contribute to acne: An abnormal sloughing off of skin cells, excessive oiliness, and the action of P. acnes bacteria. “Salicylic acid helps with the first cause by dissolving the type of skin debris that clogs pores and causes acne,” says Schueller. Therefore, the best acne to treat with salicylic acid are blackheads and whiteheads. “Salicylic acid can directly dissolve the keratin plugs and regulate the skin cells,” says Nazarian. “It does have some effectiveness against cystic acne due to its antibacterial activity, but less so than the classic blackheads and whiteheads.”

Salicylic acid is not the best choice if you have really dry skin, if you’re pregnant, or if you’re taking certain medications.

Yes, you can use too much salicylic acid, and that can become a problem. “The primary negative side effect of salicylic acid is its ability to irritate and dry skin in those that are very sensitive or those who overuse it,” says Nazarian. “Depending on the concentration and the number of applications, some people may experience dryness, peeling, redness, and some skin irritation,” says Schueller. “Applying salicylic acid or any salicylate to very large portions of your body can lead to salicylate poisoning.” So just don’t apply a layer of it all over. Oh, and one more thing: “Salicylic acid can interfere with a few specific drugs, like blood thinners,” says Schueller.

“At lower levels, salicylic acid can speed up the desquamation process and aid in conditions such as dandruff and seborrheic dermatitis, which are caused by a slowing down of skin cells sloughing off,” says Schueller. Pretty cool! 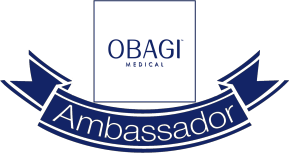